It was a ‘positive’ Tuesday for Mayor Taay. Guess why! 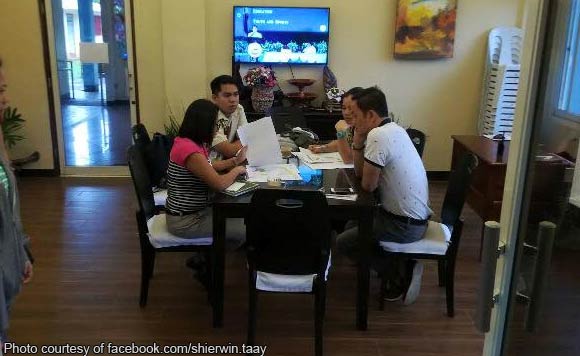 Dingalan Mayor Shierwin Taay does not mind meeting one guest after another on the job.

In fact, the politiko even found the experience to be fulfilling on Tuesday, August 1.

He also meet with his friend Fiscal Danilo Yang as well as teachers who are working to address the increasing number of drop-outs in the local junior high school.

He also met with several midwives.

Politiko would love to hear your views on this...
Post Views: 0
Spread the love
Tags: Dingalan, Dra. Cebedo, Fiscal Danilo Yang, Mayor Shierwin Taay, Municipal Health Officer, PSB
Disclaimer:
The comments posted on this site do not necessarily represent or reflect the views of management and owner of POLITICS.com.ph. We reserve the right to exclude comments that we deem to be inconsistent with our editorial standards.