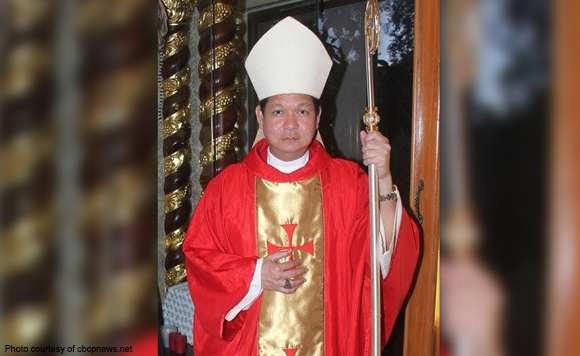 Catholics in Bulacan will soon have a new shepherd, after Pope Francis appointed Cebu Auxiliary Bishop Dennis Villarojo as the new bishop of Malolos.

The Apostolic Nunciature in Manila announced the appointment of Villarojo, 52, to the Catholic Bishops’ Conference of the Philippines on May 14.

Villarojo will be the fifth head of the Malolos diocese, and will replace the late Bishop Jose Oliveros. Oliveros died at age 71 in May last year.

During the one-year vacuum, Malolos diocese was managed by Cubao Bishop Honesto Ongtioco.

Villarojo, who hails from Cebu City, finished philosophy at San Carlos College Seminary of Cebu and theology at the University of Santo Tomas in Manila. He was ordained on June 10, 1994.

He served as the the personal secretary of the late Cebu Archbishop Cardinal Ricardo Vidal.

Also, Villarojo studied at the Pontifical University of the Holy Cross in Rome from 1998 to 2001 where he obtained a doctorate in Philosophy.

He then returned to Cebu and continued serving as Vidal’s secretary until 2010, after which he became a parish priest.

The Vatican appointed him in 2015 as General Secretary of the 51st International Eucharistic Congress held in Cebu in January 2016.

Villarojo was appointed Auxiliary Bishop of Cebu later in 2016. Since April 2019, he served as the assistant bishop of Archbishop Jose Palma after Bishop Oscar Florencio was installed to the Military Ordinariate of the Philippines.

Politiko would love to hear your views on this...
Tags: Bishop Dennis Villarojo, Bishop Jose Oliveros, Bulacan, Cebu City, San Carlos College Seminary
Disclaimer:
The comments posted on this site do not necessarily represent or reflect the views of management and owner of POLITICS.com.ph. We reserve the right to exclude comments that we deem to be inconsistent with our editorial standards.