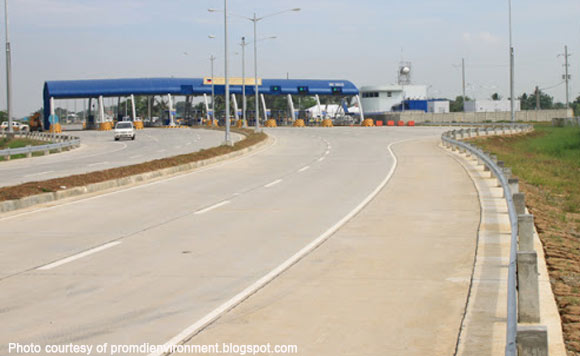 Local government officials expect increased business activities and more job opportunities in Bulacan with the completion of Phase 2 of the Plaridel Bypass Road project this year.

Guiguinto Mayor Ambrocio Cruz, who is also the president of the League of Municipalities of the Philippines-Bulacan, told the Philippine News Agency (PNA) that the opening of the road project (Phase 1) has prompted investors to procure lands along the road, giving rise to business establishments and job opportunities to residents in the areas.

“Economic developments and business opportunities were created in the secluded and sleepy villages in the towns of Balagtas, Guiguinto, Plaridel, Bustos and even Pandi, bringing economic wonders to these areas,” Cruz said.

The completion of Phase 1 of the road project saw the mushrooming of business establishments along the road that passes through the towns of Balagtas, Guiguinto, Plaridel, and Bustos.

The road project was first opened to motorists in March 2012 with the completion of its Contract Package 1 Phase 1 from Balagtas town to Plaridel.

The following year in 2013, the road extending to Bustos town was opened to motorists.

Bustos Mayor Arnel Mendoza and Pandi Mayor Celestino Marques agreed with the observations of Cruz who noted the faster travel time for motorists coming from the North Luzon Expressway and the rise in jobs from business expansion.

Rep. Lorna Silverio of the third district of Bulacan said the road project has already cut the travel time from Balagtas town to the third district by more than one hour and investors have already started pouring into the district.

“Anytime this year, the Phase 2 road project will be opened to motorists up to the Maharlika Highway in San Rafael town,” Silverio said.

She also said that an extension of the bypass road to San Ildefonso and San Miguel towns was already included in the 2018 budget and has been bid out.

“The road project benefitted landowners by dramatically pushing up the prices of their lands that once upon a time was hardly noticed by investors due to its inaccessibility (from) major road networks,” the lady legislator said.

A government center was also established in San Rafael town because of the developments brought about by the road project.

The completion of the 24.61-kilometer Plaridel Bypass Road is funded by the Philippine government and the Japan International Cooperation Agency (JICA).

It was designed to reduce travel time from the North Luzon Expressway portion in Balagtas town to the Maharlika Highway, in San Rafael town. (PNA)