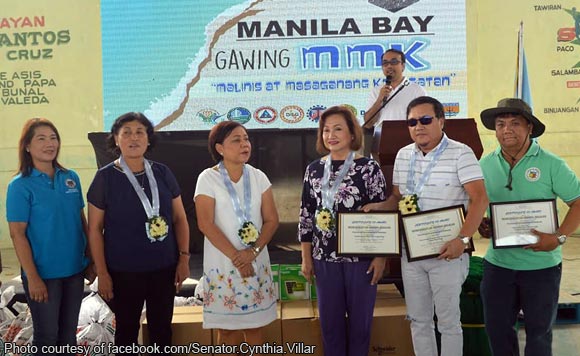 On Facebook, Villar is shown in a photo signing an enlarged statement that partly says, “We recognize the Manila Bay as one of the most important coastal resources of the country for it plays a vital role to thousands of families directly depending on it.”

Participated in by members of the fisherfolk community and the academic, the activity also included mangrove planting, communal stocking of tilapia fingerlings and distribution of livelihood assistance.(END)

Politiko would love to hear your views on this...
Spread the love
Tags: Bulacan Congresswoman Linabelle Ruth Villarica, Bureau of Fisheries and Aquatic Resources Region III, Director Lilian Garcia, Obando Mayor Edwin Santos, Senator Cynthia Villar
Disclaimer:
The comments posted on this site do not necessarily represent or reflect the views of management and owner of POLITICS.com.ph. We reserve the right to exclude comments that we deem to be inconsistent with our editorial standards.