Out of politiko world, Lapids to star in country’s top soap 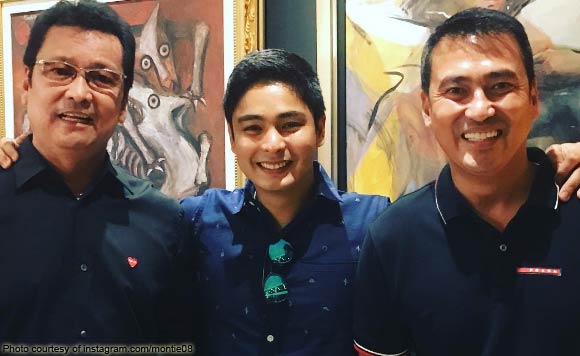 Lito and Mark Lapid may no longer be serving in government, but you’ll be seeing them once again on your television screens.

Dreamscape announced a new set of characters who will join ABS-CBN’s leading evening drama, “Ang Probinsiyano.” Among them will be former senator Lito and ex-Pampanga governor Mark.

The father and son tandem will be seen in action together with Coco Martin, the star of the police televenola.

Politiko would love to hear your views on this...
Post Views: 0
Spread the love
Tags: ABS-CBN, Ang Probinsiyano, Coco Martin, Dreamscape, Lito Lapid, Mark Lapid
Disclaimer:
The comments posted on this site do not necessarily represent or reflect the views of management and owner of POLITICS.com.ph. We reserve the right to exclude comments that we deem to be inconsistent with our editorial standards.