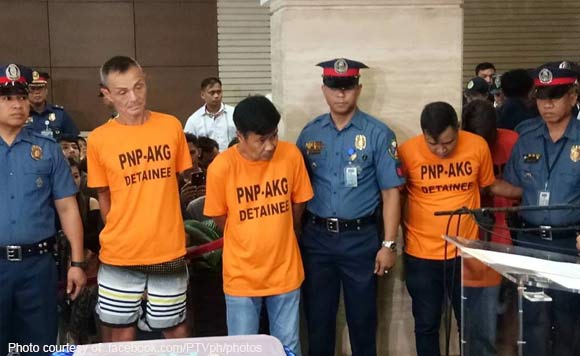 Yuji Nakajima, a tourist, was rescued on April 5 following the report of the Japanese Embassy and police regarding the incident.

Nakajima, 32, of Sumida-ku, Tokyo, was abducted by a Japanese suspect and two other Filipino cohorts on March 22, the same day when he and another Japanese Yusoke Obara, arrived in Manila.

Police have been hunting Obara for his alleged involvement in the kidnapping incident.

Politiko would love to hear your views on this...
Post Views: 1
Spread the love
Tags: Bulacan, Filipino, Japanese Embassy, Japanese national, Japanese Yusoke Obara, Manila, Miyashita Takashi, Nakajima 32 of Sumida-ku, Philippine National Police chief Director General Ronald dela Rosa, Plaridel, Reggie Reyes of Pasig City, Roberto Reyes, Tokyo, Yuji Nakajima
Disclaimer:
The comments posted on this site do not necessarily represent or reflect the views of management and owner of POLITICS.com.ph. We reserve the right to exclude comments that we deem to be inconsistent with our editorial standards.