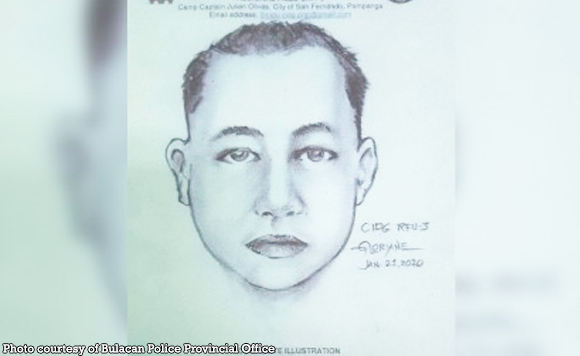 CITY OF MALOLOS, Bulacan — The artist’s sketch of the two suspects in the murder of a former vice mayor and a village chief in Pandi town were released to the public by the Bulacan Police Provincial Office (BPPO) Thursday.

Libunao said the Special Investigation Task Group (SITG) “Task Force Oca” is continuously conducting exhaustive investigation and operation that will lead to the apprehension of the suspects.

The victims, Oscar “Oca” Marquez, 54, of Barangay Manatal and former vice mayor of Pandi; and Mauro Capistrano, 56, village chief of Barangay Bagbaguin, were shot dead in front of a restaurant on the Plaridel Bypass Road in Barangay Bulihan, Plaridel last January 19.

Capistrano was a brother-in-law of Marquez, who was the vice mayor of Pandi from 2013-2016 and younger brother of former Mayor Celestino Marquez.

Politiko would love to hear your views on this...
Post Views: 0
Spread the love
Tags: Bulacan Police Provincial Office (BPPO), murder, sketch
Disclaimer:
The comments posted on this site do not necessarily represent or reflect the views of management and owner of POLITICS.com.ph. We reserve the right to exclude comments that we deem to be inconsistent with our editorial standards.