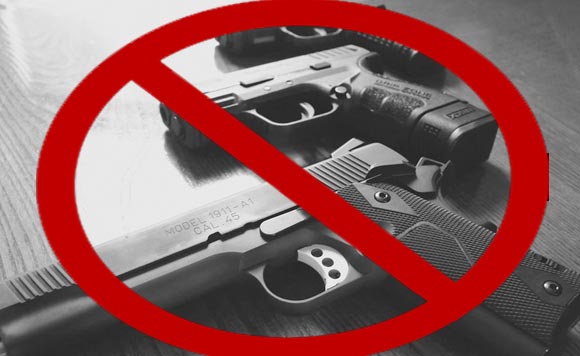 Some 150 individuals, including law enforcers, violated the Commission on Elections’ (Comelec) gun ban during the election period in Central Luzon, police said Wednesday.

The police also confiscated 104 assorted firearms, 46 bladed weapons/firearms replica, 20 grenades and 576 ammunition from April 14 to May 21.

Some 53 individuals were also arrested for violating the 48-hour liquor ban from May 13 to May 14, the barangay and Sangguniang Kabataan (SK) elections.

Politiko would love to hear your views on this...
Spread the love
Tags: Barangay and Sangguniang Kabataan (SK) elections, Central Luzon, Chief Supt. Amador V. Corpus, Commission on Elections, Philippine National Police, Police Regional Office 3
Disclaimer:
The comments posted on this site do not necessarily represent or reflect the views of management and owner of POLITICS.com.ph. We reserve the right to exclude comments that we deem to be inconsistent with our editorial standards.