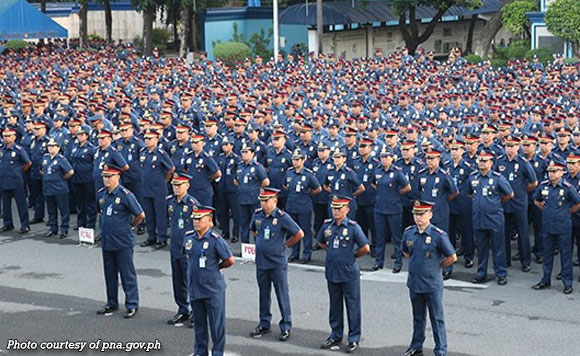 The police directors of Bulacan, Bataan and Nueva Ecija provinces as well as of Angeles City and Olongapo City faced a reshuffle last week.

“The movement of our officers will ensure a more balanced, efficient and productive leadership,” Baccay said.

“PNP wants to make sure that it is putting the right person in the right job, where they could perform their best in serving the community,” Baccay said.

Col. Romell Velasco was named as the new acting police director of the Bataan police, Col. Rommel Ochave of the Bulacan police, and Col. Jess Mendez of the Nueva Ecija police.

Politiko would love to hear your views on this...
Spread the love
Tags: Brig. Gen. Matthew Baccay, Police directors
Disclaimer:
The comments posted on this site do not necessarily represent or reflect the views of management and owner of POLITICS.com.ph. We reserve the right to exclude comments that we deem to be inconsistent with our editorial standards.