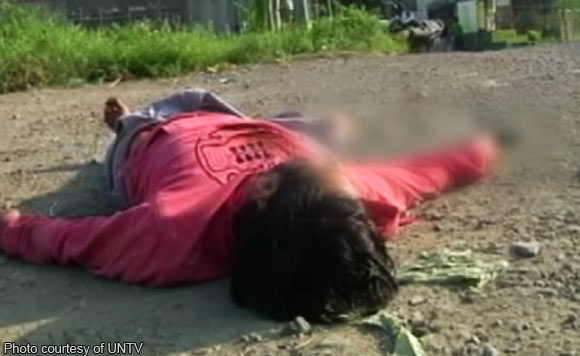 The Philippine National Police (PNP) on Wednesday said it has tasked the Internal Affairs Services (IAS) to investigate and look into the bloodiest night in President Rodrigo Duterte’s war on drugs.

PNP spokesperson Chief Supt. Dionardo Carlos made the statement following the “One Time Big Time Operation” conducted by the Bulacan Provincial Police Office (BPPO) against illegal drugs which led to the death of 32 suspects and arrest of 107 individuals during the course of 66 anti-narcotic operations.

Carlos said the IAS investigation was “motto propio” as it is automatic for the body to investigate if a police operation resulted in the use of a firearm that resulted in a death of one or several suspects.

The investigation is being done to remove public doubts from the police operation, he added.

But Carlos said the police could not a control an armed suspect if they j decide to shoot at a responding officer. Should this happen, the PNP spokesperson said that the police has no other recourse but to defend themselves. (PNA)

Politiko would love to hear your views on this...
Spread the love
Tags: Bulacan Provincial Police Office, Chief Supt. Dionardo Carlos, Internal Affairs Services, One Time Big Time Operation, Philippine National Police, president Rodrigo Duterte, Senior Supt. Romeo Caramat
Disclaimer:
The comments posted on this site do not necessarily represent or reflect the views of management and owner of POLITICS.com.ph. We reserve the right to exclude comments that we deem to be inconsistent with our editorial standards.