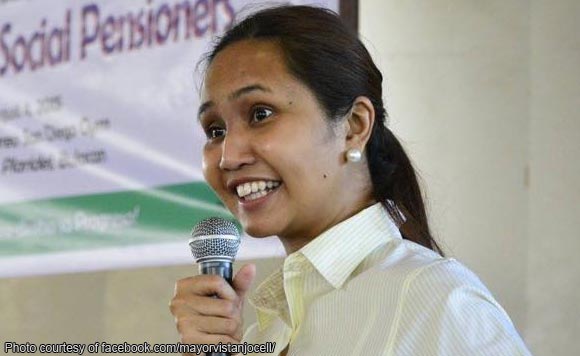 Mayor Jocell Vistan of Plaridel, Bulacan is offering P100,000 for any information that will lead to the identification and capture of the suspect in a massacre in the municipality, police said Tuesday.

In welcoming the bounty, the Bulacan Provincial Police “encouraged the public to report any information” that could help resolve the brutal killing last Monday of two female victims and the wounding of a young boy.

The crime, believed to have been triggered by a robbery attempt, happened in Isabel Village in Barangay Tabang.

The suspect killed 65-year-old Sylvia Castillo, who suffered two stab wounds, and a 14-year-old girl, who sustained 10 stab wounds in the different parts of her body.

“The Bulacan Police is very serious in its campaign against lawlessness, putting criminals behind the bars of justice aside from its stern implementation of double barrel reloaded,” it said in a statement.

Politiko would love to hear your views on this...
Spread the love
Tags: Bulacan, Bulacan Provincial Police, Mayor Jocell Vistan, Plaridel, Sylvia Castillo
Disclaimer:
The comments posted on this site do not necessarily represent or reflect the views of management and owner of POLITICS.com.ph. We reserve the right to exclude comments that we deem to be inconsistent with our editorial standards.