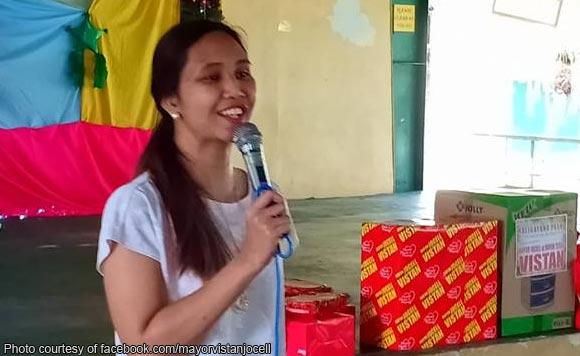 Mayor Jocell Vistan of Plaridel, Bulacan hailed the local police for promptly resolving the Jan. 7, 2019 massacre in the locality.

The lady politiko joined the police in presenting last Wednesday the primary suspect in the murder of a 65-year-old woman and a 14-year-old girl in Isabel Village, Barangay Tabang. The incident also left a seven-year-old boy seriously injured after sustaining 12 stab wounds.

The Bulacan provincial police identified the suspect as Jay Vincent Marmeto, alias Jay, 27, a resident of the said barangay.

Marmeto was nabbed in his residence on the night of Jan. 8, based on information provided by a witness.

The police said the stabbing incident happened as the victims tried to thwart the suspect’s intention to rob.

Vistan had offered P100,000 for any information that would lead to the identification and capture of the suspect.

Politiko would love to hear your views on this...
Spread the love
Tags: Barangay Tabang, Bulacan, Isabel Village, Mayor Jocell Vistan, Plaridel
Disclaimer:
The comments posted on this site do not necessarily represent or reflect the views of management and owner of POLITICS.com.ph. We reserve the right to exclude comments that we deem to be inconsistent with our editorial standards.