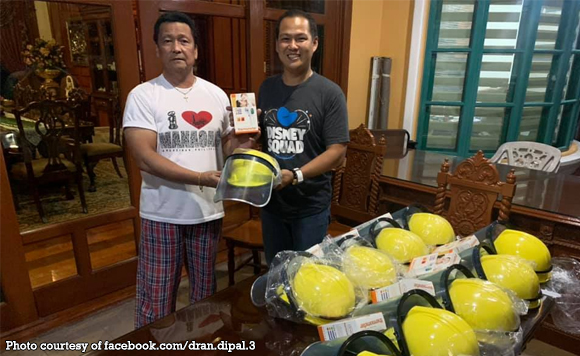 Sen. Lito Lapid donated several sacks of rice and food packs to indigent families in different barangays of Porac, as well as vitamins, thermal scanners and face shields for frontline health workers of the town.

On Wednesday, the actor and former Pampanga governor led the distribution of food packs with his son Maynard Lapid, who is a councilor of Porac.

According to Maynard, the barangays will receive 20 sacks of denurado rice each.

“Barangay Councils will choose recipients since they have the lists of indigent families from their respective barangays,” he said.

Maynard also posted pictures of himself and his father helping stack the food packs into a truck that would be used to distribute the goods.

The senator and his son also donated face shields and thermal scanners for the frontliners of Porac.

Lapid revived his popularity after playing a rebel character known as “Pinuno” in the ABS-CBN action series “Ang Probinsyano.”

Politiko would love to hear your views on this...
Spread the love
Tags: frontline health workers, Maynard Lapid, Porac, Sen. Lito Lapid
Disclaimer:
The comments posted on this site do not necessarily represent or reflect the views of management and owner of POLITICS.com.ph. We reserve the right to exclude comments that we deem to be inconsistent with our editorial standards.