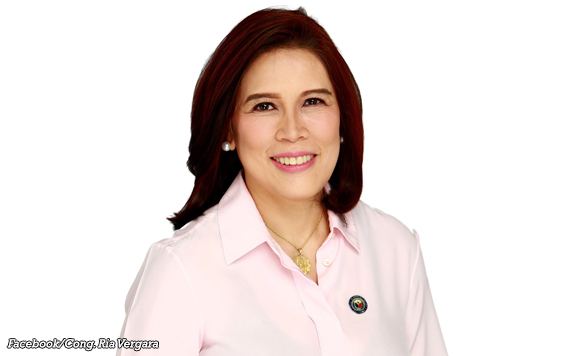 Vergara said the decision came amid her detractors’ claim that the SC would strike down her case, disqualifying her as Representative of the third district of the province.

“Despite all the talk in my district by my detractors that the Supreme Court would strike down the HRET decision, I never lost hope because I always have faith in the integrity and fairness of our magistrates and in the rule of law. God bless the Supreme Court,” Vergara said.

Vergara was born to Filipino parents on November 5, 1963. She was naturalized as an American citizen in 1998 and reacquired her Filipino citizenship in 2006.

In 2016, Vergara run and won against then-Governor Aurelio Umali.

The camp of Umali reportedly filed cases against Vergara questioning her citizenship. They claimed that since the Bureau of Immigration (BI) only had photocopies of her application under the Citizenship Retention and Reacquisition Act (RA 9225), Vergara did not comply with the proper procedure required by law.

The House of Representatives Electoral Tribunal (HRET) upheld Vergara’s qualification and victory in 2019.

During the 17th Congress, the House Committee on Good Government and Public Accountability conducted a congressional inquiry to investigate the mysterious loss of Vergara’s RA 9225 records.

In the course of the investigation, the BI affirmed that Vergara applied for and was granted the reacquisition of her Filipino citizenship way back in November 2006.

The SC ruling upheld the decision of HRET saying that “there is overwhelming competent evidence proving Vergara’s compliance with Republic Act 9225 for the reacquisition of her Philippine citizenship.”

The High tribunal held that “the issue in the present case pertains to the existence and due execution of these documents and not their contents…. The best evidence rule requiring the production of the original documents does not apply.”

Politiko would love to hear your views on this...
Spread the love
Tags: Filipino citizenship, Nueva Ecija, Nueva Ecija Rep. Rosanna Vergara, Supreme Court (SC)
Disclaimer:
The comments posted on this site do not necessarily represent or reflect the views of management and owner of POLITICS.com.ph. We reserve the right to exclude comments that we deem to be inconsistent with our editorial standards.