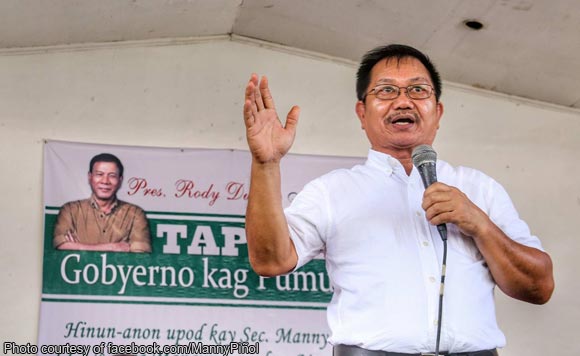 Department of Agriculture (DA) Secretary Emmanuel Piñol on August 17 said the DA will compensate farm owners affected by the bird flu outbreak in Pampanga by next week.

This after Pinol visited Pampanga for the third time since he announced the bird flu outbreak on August 11.

“We will start paying next week. In fact we’re ready with about P8 million by next week. As early as Tuesday or Wednesday, we’ll start paying. We will download the money to Region III. Ang unang babayaran ‘yung unang na-depopulate na farms,” he said.

Piñol added that around P100 million from the DA’s quick response fund will be allocated for the recovery of Pampanga’ poultry industry.

“Yesterday I was with the President and I briefed him of the development, and I told him that I will need about P100 million for the poultry industry of Pampanga to be able to recover fully and he pledged that he will support, he will help,” he said.

Politiko would love to hear your views on this...
Post Views: 0
Spread the love
Tags: bird flu, Department of Agriculture, Pampanga, Secretary Emmanuel Piñol
Disclaimer:
The comments posted on this site do not necessarily represent or reflect the views of management and owner of POLITICS.com.ph. We reserve the right to exclude comments that we deem to be inconsistent with our editorial standards.