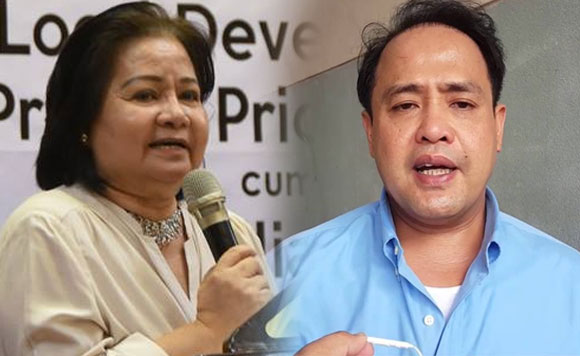 At least 319 second and third honorable mentions, as well as Alternative Learning System (ALS) graduates, got P5,000 each while 1,595 academic awardees received P3,000 each.

“I used the money to pay for dormitory and buy items for school projects .The money helped me a lot to finish my studies,” said the 24-year-old Boydon, who is a native of Barangay Sta. Monica in San Luis town.

His mother Roberta earns a living by cooking and serves as a Nanay Community Worker (NCW) in between. NCWs were organized by Vice Governor Pineda as health and disaster response brigades.

Boydon’s father, on the other hand, is a driver and farmer.

The second in a brood of four, he stopped schooling for five years. He worked in a computer shop for four years and served as a clerk at a mall for five months.

Boydon is finishing his BS Education course with two other awards: best student-teacher and academic excellence.

During the program, the vice governor encouraged the scholars to “try as much to finish your studies so you can have a good future”.

He said Boydon should be “an inspiration to Kapampangan youth because he has worked hard and overcame difficulties to be able to get an education”.