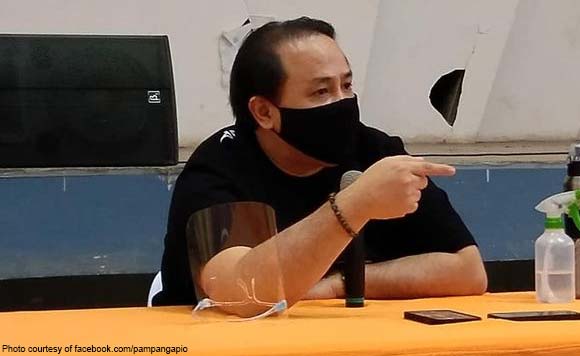 Pampanga Governor Dennis Pineda on Friday welcomed the expected arrival of players from the Philippine Basketball Association (PBA) as they prepare for the resumption of its truncated 45th season in a bubble format.

Pineda also thanked the Philippine Basketball Association Board of Governors for choosing Clark Freeport and Angeles City as the venue of their 45th season.

The PBA announced Thursday that it will be holding its own bubble in Clark, Pampanga in order to resume its truncated 45th season.

The Angeles University Foundation (AUF) gym in Angeles City, which was used in the 30th Southeast Asian Games last year, will serve as the venue for the official games.

The league will be using a full bubble format, with players and crew staying in a particular venue, in this case the Quest Hotel in Mimosa, and being transported to the practice facility and playing area.

Pending approval from IATF, teams will start scrimmages on Sept. 27. Two games will be played daily, seven days a week.

Politiko would love to hear your views on this...
Spread the love
Tags: Clark, Dennis Pineda, Pampanga governor, PBA, Philippine Basketball Association
Disclaimer:
The comments posted on this site do not necessarily represent or reflect the views of management and owner of POLITICS.com.ph. We reserve the right to exclude comments that we deem to be inconsistent with our editorial standards.