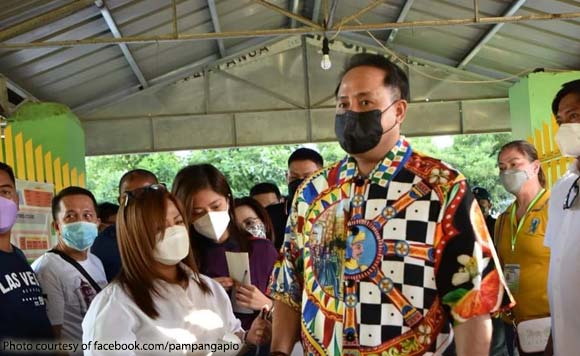 Pampanga Governor Dennis Pineda is winning against his rival, former Candaba Mayor Danilo Baylon, based on partial unofficial results of the elections.

With 96.6 percent of results transmitted to the transparency server, Pineda received 644,303 votes against Baylon’s 450,614.

Politiko would love to hear your views on this...
Spread the love
Tags: Candaba, Danilo Baylon, Dennis Pineda
Disclaimer:
The comments posted on this site do not necessarily represent or reflect the views of management and owner of POLITICS.com.ph. We reserve the right to exclude comments that we deem to be inconsistent with our editorial standards.