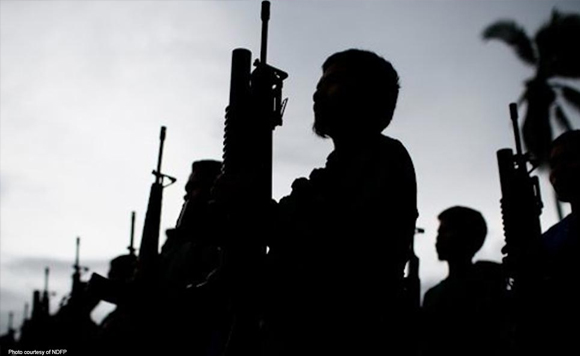 Eight rebels “voluntarily surrendered” to security forces in Nueva Ecija on Friday after a series of localized peace negotiations, according to the Philippine Army.

The names of the returnees are being withheld as part of the security protocol being implemented to prevent possible retaliation that may be launched by their former comrades against them for turning their backs from the movement, the report said.

“The returnees will undergo debriefing and profiling as part of the enrollment process to the government’s Enhanced Comprehensive Local Integration Program, which will entitle them to receive immediate cash assistance, livelihood assistance and firearms remuneration for their surrendered firearms,” the official added.

Armed Forces of the Philippines Northern Luzon Command Commander Lieutenant General Arnulfo Marcelo Burgos Jr. lauded the returnees for “choosing the path of peace instead of conflict and for responding to the call of the government for social healing and reconciliation in order to attain peace in this part of the country.”

“More members of the communist terrorists in Central and Northern Luzon are expected to abandon their armed struggle and return to the folds of the law due to loss of trust in their leaders and after witnessing the sincere gesture of the government to deliver basic services and address local issues in their community,” Burgos said.

Politiko would love to hear your views on this...
Spread the love
Tags: ]Southern Luzon, Central, Nueva Ecija, Philippine Information Agency
Disclaimer:
The comments posted on this site do not necessarily represent or reflect the views of management and owner of POLITICS.com.ph. We reserve the right to exclude comments that we deem to be inconsistent with our editorial standards.