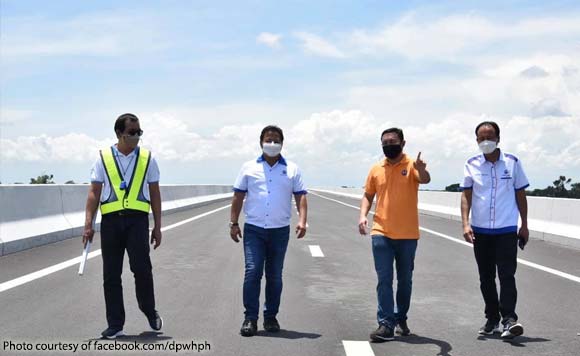 The four-lane highway was inaugurated on Thursday by the Department of Public Works and Highways (DPWH) under Public Works Secretary Mark Villar, who inspected the infrastructure project the day before.

He said the section connects CLLEX from Subic-Clark-Tarlac Expressway (SCTEX)/Tarlac-Pangasinan-La Union Expressway (TPLEX) in Tarlac City to the intersection of Aliaga-Guimba Road in Aliaga, Nueva Ecija.

The project was implemented by DPWH UPMO-Roads Management Cluster 1 with funding assistance from the Japan International Cooperation Agency (Jica) under the Build, Build, Build program.

The DPWH hopes to finish the entire 30-kilometer expressway project within the term of President Rodrigo Duterte.

The expressway will reduce travel time between Tarlac City and Cabanatuan City to just 20 minutes, according to officials.

Politiko would love to hear your views on this...
Spread the love
Tags: Central Luzon Link Expressway, Tarlac
Disclaimer:
The comments posted on this site do not necessarily represent or reflect the views of management and owner of POLITICS.com.ph. We reserve the right to exclude comments that we deem to be inconsistent with our editorial standards.