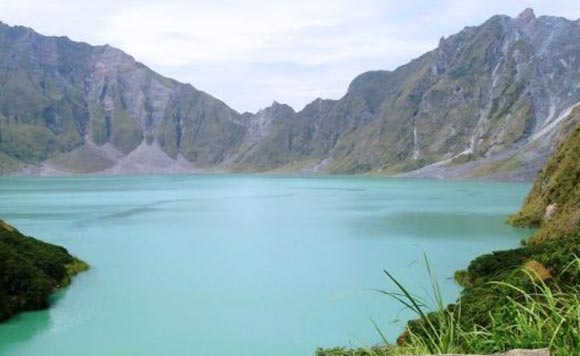 The Philippine Institute of Volcanology and Seismology (Phivolcs) said it will continue to monitor the activity of Mount Pinatubo, following the magnitude 6.1 earthquake that struck Luzon.

“Phivolcs has not observed any unusual activity at Pinatubo based on earthquake monitoring sensors (there) and observations by Phivolcs staff at the Pinatubo summit during and after the magnitude 6.1 earthquake, and post-earthquake observations by members of our Quick Response Team who have been in the Pampanga-Zambales area,” Phivolcs Director Renato Solidum told the Philippine News Agency (PNA) Friday.

This came after residents of Porac town in Pampanga apparently saw smoke near the volcano recently, raising concerns on whether the tremor would lead to its eruption.

“The alleged smoke observations are actually dust due to rockfalls and landslide events,” he said.

Solidum added that loose ashes or sediments brought down by recent landslides are also blown by strong winds.

Mount Pinatubo is located at the boundary of Zambales, Tarlac and Pampanga provinces.

The magnitude 6.1 earthquake’s epicenter was recorded 2 km. northeast of Castillejos, Zambales on Monday.

During its massive eruption in June 1991, Mount Pinatubo produced massive lahar floods and high-speed avalanches of hot ash and gas.

The eruption was reportedly the second largest volcanic eruption of the 20th century, and the largest eruption to affect a densely populated area. (PNA)

Politiko would love to hear your views on this...
Post Views: 1
Spread the love
Tags: Castillejos, Mount Pinatubo, Pampanga, Philippine Institute of Volcanology and Seismology, Philippine News Agency, Porac town, Zambales area
Disclaimer:
The comments posted on this site do not necessarily represent or reflect the views of management and owner of POLITICS.com.ph. We reserve the right to exclude comments that we deem to be inconsistent with our editorial standards.