Philippine volcano erupts but no ashfall 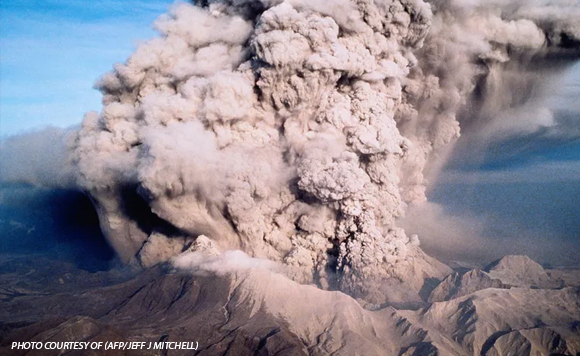 A volcano northwest of the Philippine capital Manila erupted Tuesday, authorities said, adding there were no reports of ashfall but warning people to stay away as they reviewed the alert level.

The eruption at Mount Pinatubo was a phreatic one — an explosion driven by steam that happens when water above or below ground is heated by magma, lava or hot rocks — and was recorded at around midday local time, the nation’s seismological agency said.

“The event was likely driven by shallow hydrothermal processes beneath the edifice,” the agency said in a statement.

The confirmation came after an earlier bulletin in which the agency had described the explosion as “weak” and suggested it may have been caused by “other potential sources”, including ordnance disposal.

The most powerful volcanic explosion in the Philippines in recent years was the 1991 eruption of Pinatubo, about 100 kilometres from Manila, which killed more than 800 people.

The last phreatic eruption recorded at the volcano was in 1992, the agency’s data show.

Its current “Alert Level 0 status” was under consideration pending the results of data processing, the agency said.

“Even though it’s a phreatic eruption, people must not be going inside the crater,” Renato Solidum, officer in charge of the agency, told AFP.

Solidum said further eruptions were possible, though not expected at this stage.

Politiko would love to hear your views on this...
Spread the love
Tags: Manila, Mount Pinatubo, volcano
Disclaimer:
The comments posted on this site do not necessarily represent or reflect the views of management and owner of POLITICS.com.ph. We reserve the right to exclude comments that we deem to be inconsistent with our editorial standards.