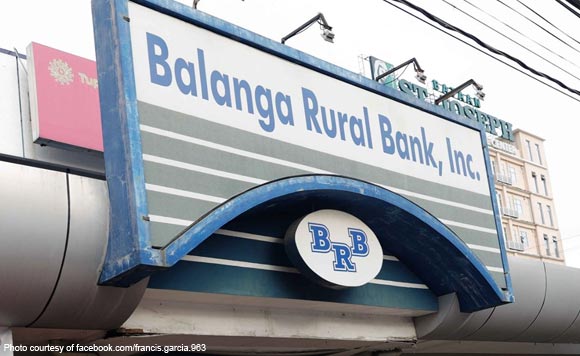 BALANGA City, Bataan – The Balanga Rural Bank, Inc. (BRBI) here on Wednesday denied allegations that it refused to return the P9,704,630 erroneously transferred and credited to its account by the Land Bank of the Philippines (LBP).

“There was no instance that the BRBI refused to return the erroneously credited amount. Our bank did not make use of the fund nor did it profit from it as it remained with the BSP (Bangko Sentral ng Pilipinas) all the time,” BRBI president Maria Rosario R. Banzon said.

She said the amount was credited by LBP to their bank’s Demand Deposit Account with the BSP in four remittances between May 3-22, 2019.

It was intended as payment by Philippine Health Insurance Corp. (PhilHealth) to B. Braun Avitum Phils, Inc., a dialysis treatment provider.

She denied that a certain”Editha Conel” and “Jerome Follante” of PhilHealth stood as account holders and was adamant that the transaction was between two banks – the BRBI and LBP.

Conel and Follante reportedly are employees of Philhealth Regional Office in Cagayan Valley.

On fears that pinning down the real owner of the bank account in Balanga will open a Pandora’s Box, the bank president answered, “walang ioopen dahil walang account dito .”

Banzon said their bank expressed its willingness to immediately return the money as long as it is paid and reimbursed for BSP’s manual transaction charge of P600 and BRBI’s service charge of P48,523 or total of P49,123.

“Such service charge was imposed by the BRBI as a result of the inconvenience caused to the BRBI by the erroneous transfer,” she said.

“The exchange of communications between BRBI and the LBP and PhilHealth clearly reveals the willingness of BRBI to immediately return the money,” she added.

She said that in a meeting on September 25, 2019 in the BRBI office in Balanga City, it was agreed that the Bataan bank will be compensated with the amount of P49,123 and the more than P9.7 million immediately returned to the LBP.

The meeting was attended by officials of PhilHealth and LBP and the result was relayed at once to BSP.

It was not LBP but PhilHealth which shouldered payment of the charges, Banzon said.

Politiko would love to hear your views on this...
Spread the love
Tags: Balanga Rural Bank, Bangko Sentral ng Pilipinas, Cagayan Valley, Land Bank of the Philippines, PhilHealth
Disclaimer:
The comments posted on this site do not necessarily represent or reflect the views of management and owner of POLITICS.com.ph. We reserve the right to exclude comments that we deem to be inconsistent with our editorial standards.