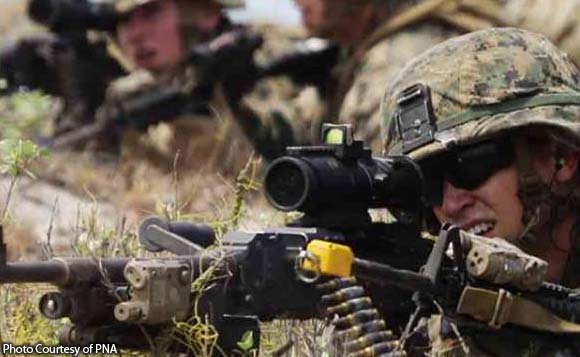 The joint military exercises between the Philippines and the United States kicked off Monday in Northern Luzon Command (Nolcom) of the Armed Forces of the Philippines.

While the opening ceremony of the 34th Balikatan was held in Camp General Emilio Aguinaldo in Quezon City, Nolcom said all the exercises would be conducted in different venues in Norther Luzon, particularly in Zambales and Tarlac, until May 18.

But the AFP has banned the media from covering the amphibious landing training in San Antonio in Zambales on May 9 and the combined arms live fire exercise in Tarlac on May 15.

Nolcom assured the safe and successful conduct of the Balikatan as it coordinated with all the stakeholders in different sites in Northern and Central Luzon.

Politiko would love to hear your views on this...
Spread the love
Tags: 34th Balikatan, Armed Forces of the Philippines, Camp General Emilio Aguinaldo, Central Luzon, Combined Inter-Operability Event (CIOE), Joint Inter-Operability Event (JIOE), Luzon, Nolcom, Northern Luzon, Philippines, Quezon City, Tarlac, United States, Zambales
Disclaimer:
The comments posted on this site do not necessarily represent or reflect the views of management and owner of POLITICS.com.ph. We reserve the right to exclude comments that we deem to be inconsistent with our editorial standards.