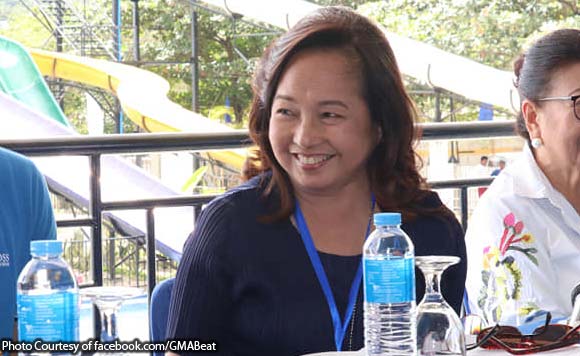 With China poised to become the world’s leading economy, developing countries such as the Philippines should further boost ties with Beijing instead of looking at it as a competitor or a threat, House Speaker Gloria Macapagal Arroyo said.

“So what I can say is that China’s effort in opening up has really been a boost for the economies of the world, especially the developing economies,” she said.

Arroyo said: “The world should look at China’s rise as an opportunity rather than a threat.”

Attending the Boao Forum for Asia (BFA) annual conference in Hainan, China, former President said that China through the years has proven wrong the negative notions of its policies towards reform and opening up as it has become a partner in development.

The Philippines in particular, she pointed out, is benefiting from China’s transformation because it has become the country’s no. 1 trading partner.

As a donor, she added, China has been a major source of assistance to some of the Philippines’ major projects.

She added that China has also been a major market for Filipino-Chinese businessmen as they have been investing in China.

“The Philippines actually has been investing in China for quite some time now because we have a very big Filipino-Chinese community, so I’m sure they can invest further in China. At the same time, China is also now investing more and more in the Philippines,” Arroyo said.

“So this must be a win-win solution for the developing world,” the Speaker said.

Arroyo is a member of the Board of BFA, which gathers together leaders in government, business and academic institutions throughout Asia to share their thoughts on the most pressing issues in the region and the world.

Politiko would love to hear your views on this...
Spread the love
Tags: Beijing, Boao Forum for Asia (BFA), developing countries, economy, House Speaker Gloria Macapagal-Arroyo, partner, Philippines
Disclaimer:
The comments posted on this site do not necessarily represent or reflect the views of management and owner of POLITICS.com.ph. We reserve the right to exclude comments that we deem to be inconsistent with our editorial standards.