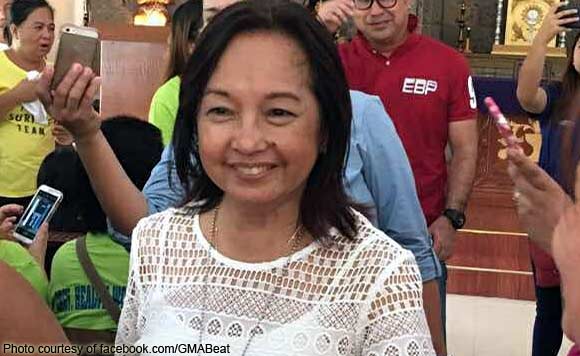 This is why, he said, he cannot allow the release of case files of drug-related killings during his administration.

“It was Gloria Arroyo who did it. She raised the level of the drug issue as a national security problem. That is part of the state secrets,” Duterte said.

“You will burn all the…national security. It was not me. It was Arroyo who issued that order,” he added.

The President said the files, particularly the intelligence reports, are “part of state secrets” and shouldn’t be released.

This includes the case buildup and the action taken by government authorities in killings linked to the war against illegal drugs, which the President launched at the beginning of his term.

The Commission on Human Rights chair Chito Gascon said they had asked the Philippine National Police for the case files of the alleged drug-related killings in police operations. But the PNP said they needed the President’s approval to release the documents.

Politiko would love to hear your views on this...
Post Views: 0
Spread the love
Tags: chair Chito Gascon, Commission on Human Rights, Pampanga lawmaker Gloria Macapagal-Arroyo, president Rodrigo Duterte
Disclaimer:
The comments posted on this site do not necessarily represent or reflect the views of management and owner of POLITICS.com.ph. We reserve the right to exclude comments that we deem to be inconsistent with our editorial standards.