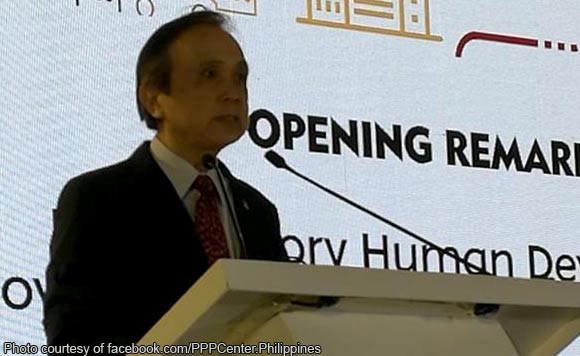 There are proposals of developing new international airports in Sangley Point in Cavite and in Bulacan.

But Pernia said the Duterte administration is prioritizing infrastructure projects that will be completed on or before 2022.

Clark airport’s new terminal building is expected to be completed in 2020.

“I think Clark seems to be superior in terms of location, and also it’s much more advanced in terms of development,” Pernia said.

Politiko would love to hear your views on this...
Post Views: 0
Spread the love
Tags: Bulacan, Cavite, Clark International Airport, Duterte administration, Manila, Ninoy Aquino International Airport, Philippine National Railway line, Sangley Point, Socioeconomic Planning Secretary Ernesto Pernia, Tutuban
Disclaimer:
The comments posted on this site do not necessarily represent or reflect the views of management and owner of POLITICS.com.ph. We reserve the right to exclude comments that we deem to be inconsistent with our editorial standards.