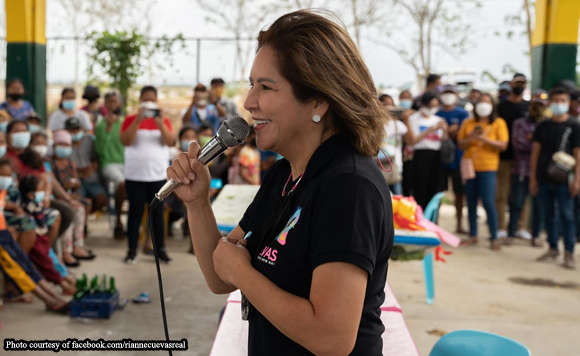 The report said Cuevas hosted a meeting between senatorial aspirants Robin Padilla and Greco Belgica and PDP-Laban’s provincial and municipal bets on Thursday, during which she said the presidential daughter was “the best choice for the nation’s second top post.”

But Cuevas did not say which presidential candidate her party was supporting.

“Sa presidente, wait lang po tayo,” she was quoted as saying in the Punto report.

Duterte is running under the ticket of former Senator Ferdinand Marcos Jr.

Cuevas, the party’s national treasurer, used to support the presidential bid of Senator Bong Go but the latter has withdrawn his candidacy.

Politiko would love to hear your views on this...
Spread the love
Tags: Mayor Adrianne Mae Cuevas, Nueva Ecija, Palayan City
Disclaimer:
The comments posted on this site do not necessarily represent or reflect the views of management and owner of POLITICS.com.ph. We reserve the right to exclude comments that we deem to be inconsistent with our editorial standards.