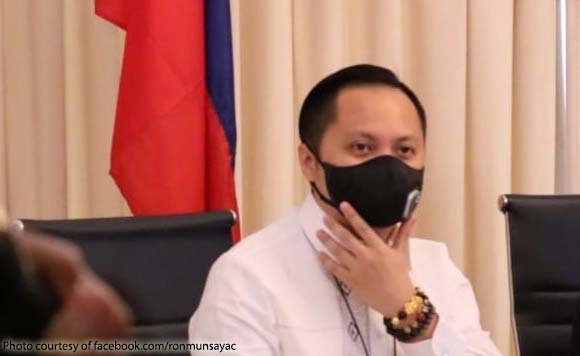 “Senator Pacquaio said nothing to criticize President Duterte and in fact expressed his respect and admiration for what the President had stated in his ‘jetski’ bravado, by saying ‘ito, ‘yun gusto ko.’,” Munsayac said in a letter to the PDP-Laban Bulacan chapter.

“If you look at the said interview, you will realize that Senator Pacquaio was even defending the President when he said that people should not take the President’s ‘jetski statement’ literally,” the PDP-Laban official added.

He said the party members should have consulted Pacquiao and PDP-Laban leadership before making the matter public.

“As a fellow partymate, I lament the fact that you have issued this resolution and press statement without any actual fact-checking and proper verification of the full context of Senator Pacquaio’s narrative,” Munsayac said.

“Any party member who has no other agenda but to uphold the integrity of the party could have easily communicated with me or to Senator Pacquiao so that we could have happily provided you with the full video of his interview where you claim that he criticized the president,” he added.

Leaders of PDP-Laban Bulacan chapter, including the incumbent mayors of 14 cities or towns, unanimously passed the resolution expressing “strong disapproval” of Pacquiao’s statements.

“Such statements attacking the Party Chairman are not sanctioned by National Council and without going thru official party channels and therefore against the principle of Consultative and Participatory Democracy as embodied in the Party Constitution,” according to the resolution.

“Acting President Manny Pacquiao (should) be asked to explain why he should not be disciplined for his public actions and statements against the leadership of President Rodrigo Roa Duterte thereby bypassing the official channels of the Party where redress and remedy can be made,” it added.

Politiko would love to hear your views on this...
Spread the love
Tags: Bulacan, Ron Munsayac, Senator Manny Pacquiao
Disclaimer:
The comments posted on this site do not necessarily represent or reflect the views of management and owner of POLITICS.com.ph. We reserve the right to exclude comments that we deem to be inconsistent with our editorial standards.