PDEA Central Luzon: P3M worth of ketamine seized from Taiwanese 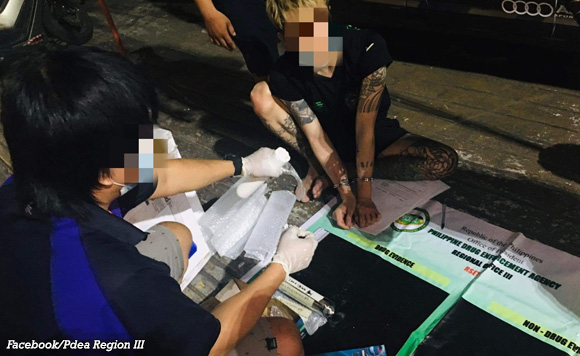 Anti-drug authorities confiscated on Tuesday about P3 million worth of ketamine from a Taiwanese national in a controlled delivery operation.

According to a report of the Philippine Drug Enforcement Agency-Central Luzon (PDEA-3), the suspect was identified as Chang Bin Yen, 33, and a resident of Tainan, Taiwan.

The package containing ketamine was declared as an air purifier, and arrived at the Bureau of Customs-Port of Clark last May 12.

“Ketamine is a dangerous drug classified as a hallucinogenic drug. It can sedate, incapacitate, and cause short-term memory loss, and because of this, some people use it as a date-rape drug,” the PDEA-3 said in its report.

Politiko would love to hear your views on this...
Spread the love
Tags: ketamine, PDEA Central Luzon
Disclaimer:
The comments posted on this site do not necessarily represent or reflect the views of management and owner of POLITICS.com.ph. We reserve the right to exclude comments that we deem to be inconsistent with our editorial standards.