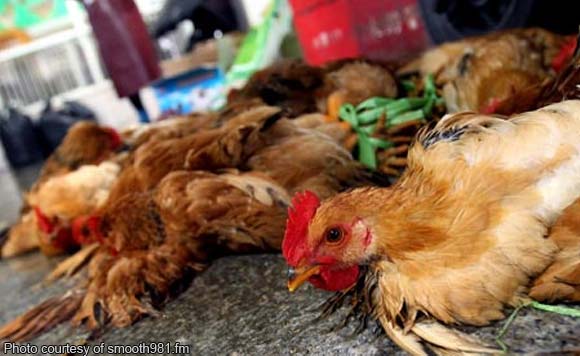 Governor Wilhelmino M. Sy-Alvarado on Monday reactivated the provincial avian influenza task force to mitigate the effects of the bird flu virus detection in nearby San Luis town in Pampanga.

Alvarado, the task force chairman, said he instructed the Provincial Veterinary Office headed by Dr. Voltaire Basinang and the Bulacan Police Provincial Office headed by Senior Supt. Romeo Caramat Jr., to establish 24-hour checkpoints and ensure that transport of fowls like chickens, ducks, pigeons and quails will not enter Bulacan so that it cannot compromise the bio-security of their poultry industry which as of this time is safe and not affected by the avian flu case that hit San Luis,Pampanga.

Since Saturday, Alvarado said that checkpoints has been put in the towns of San Miguel, San Ildefonso, San Rafael, Baliwag, Pulilan, Calumpit and some exits of the North Luzon Expressway.

The governor also presided an emergency meeting attended by hundreds of stakeholders of the local poultry industry in Bulacan where Basinang instructed to monitor and immediately report any signs or detection of fowl sickness.

“The task force is ready to deploy teams to monitor poultry farms. We are requesting our stakeholders to religiously clean their farms and follow guidelines issued by the Provincial Veterinary Office, “ Alvarado said.

The governor said that rigid inspection of farms is needed since Bulacan has also become an “airport” of migratory birds that has become common visitors in nearby Candaba swamp in Pampanga.

“We are regulating the industry in support of the actions of the national government and we will be strictly monitoring the movements of the delivery and transport of all poultry products and check their point of origin because at the same time, we do not want the industry to suffer,” Alvarado said.

“It is safe to eat the chicken, duck, eggs, “balot” and penoy that come from Bulacan. Just make sure that those are properly cooked,” he said.

He added that 60 percent of the meat, poultry and vegetable supply of Metro Manila comes from Bulacan.

Alvarado also announced that the task force will request Agriculture Secretary Emmanuel Pinol to consider the plight of poultry raisers and egg producers whose animals are not infected with the avian flu.

He said that the Philippine Duck Raisers and Egg Managers represented by Ike Illescas reported that since Friday, at least 500,000 duck eggs have not been sold, thus, badly affecting the duck raisers and egg producers even if their poultry products are not infected by the avian influenza disease.

Illescas said that if this continues, it will ruin the local poultry and egg industry.

In a related development, Malolos City Mayor Christian D. Natividad said that the City Agriculture Office has also set up checkpoints to ensure that no movement of fowls will enter the capital city.

“We have been strict even to other meats and we are regularly monitoring meat products that are entering our markets,” Natividad said.

Natividad said they are also monitoring petshops selling birds like pigeons and love birds as well as game fowls. (PNA)