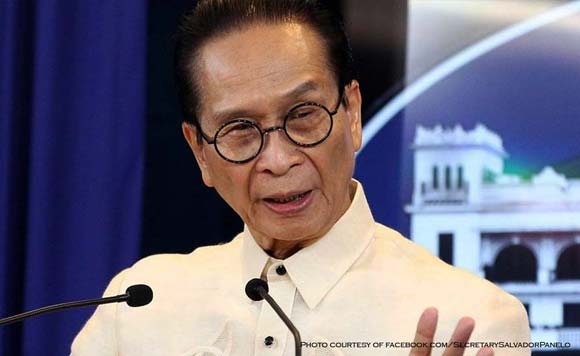 Central Luzon media reported that Presidential Chief Legal Counsel Salvador Panelo appears to be “gearing up (for) a possible senatorial bid” after he met with several reporters during a visit to Pampanga on Friday.

According to a Punto Central Luzon report, Panelo told the journalists that while he has not officially announce his Senate candidacy, he already has four priority bills in mind: free education and free health services for Filipinos, monthly monetary allowance for all Filipino mothers, and a facility for children with special needs.

“Ang isinusulong ko dyan eh there is only one qualification. When you are born Filipino, libre dapat ang edukasyon – elementary, highschool, at college,” said Panelo.

He also raised the idea of a possible Duterte-Duterte or a Go-Duterte tandem in the 2022 national elections, the report noted.

Politiko would love to hear your views on this...
Spread the love
Tags: Pampanga press, Salvador Panelo, senatorial bid
Disclaimer:
The comments posted on this site do not necessarily represent or reflect the views of management and owner of POLITICS.com.ph. We reserve the right to exclude comments that we deem to be inconsistent with our editorial standards.