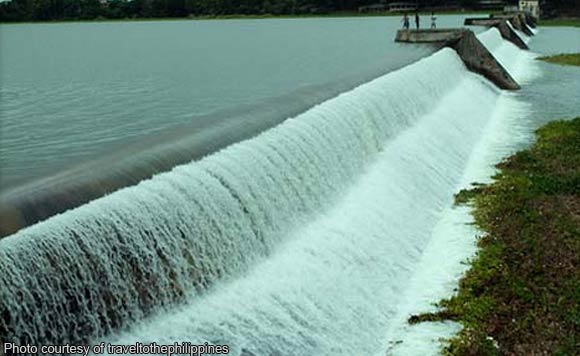 Bulacan Rep. Gavini Pancho is warning Metro Manila residents of an imminent water crisis as water supply at Angat Dam, which supplies 97 percent of the water needs of the metropolis, is rapidly dwindling.

Pancho said the recent rains brought by the southwest monsoons failed to increase the elevation which, he said should be more than the 200 meters mark by this time.

The solon also said that water concessionaires would have to partake 10 percent of the already limited allocation of irrigation water intended for farmers in Bulacan and Pampanga.

The Metropolitan Waterworks and Sewerage System (MWSS) was reported to be eyeing the building of new dams to address the looming water crisis.

This imminent problem was foreseen almost a decade ago by Gov. Wilhelmino M. Sy-Alavardo, who was then vice governor

In a privilege speech at the session hall of the Sanguniang Panglalawigan in September 2009, Alvarado said MWSS was pushing for the construction of the Laiban Dam project as a new source of water for Metro Manila.

He said that during that time, MWSS issued a statement stressing that “because of its (Angat dam) age and the presence of the West Valley Fault in the vicinity of the dam, make our water source at risk. A new water source therefore will help mitigate the loss of water supply from the other source in case of major disasters and natural calamities.”

Alvarado added that MWSS also gave four reasons why the Laiban Dam project should push through:

2) the reservoir is heavily silted, an indication of rampant illegal logging, quarrying and mining near and within its watershed area;

4) presence of crack inside the dam penstock.

Politiko would love to hear your views on this...
Spread the love
Tags: Angat dam, Bulacan, Gov. Wilhelmino M. Sy-Alavardo, Metropolitan Waterworks and Sewerage System, Rep. Gavini Pancho, Sanguniang Panglalawigan, water crisis
Disclaimer:
The comments posted on this site do not necessarily represent or reflect the views of management and owner of POLITICS.com.ph. We reserve the right to exclude comments that we deem to be inconsistent with our editorial standards.