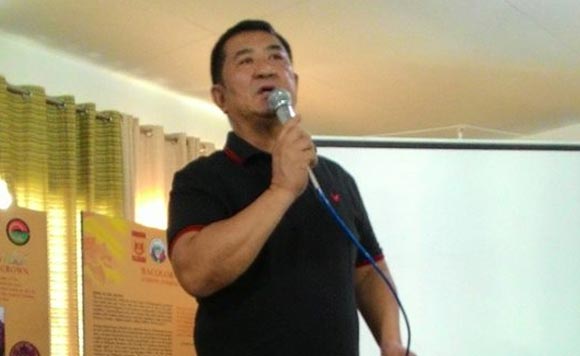 Incumbent Bacolor town Mayor Jose Maria “Jomar” Hizon on Tuesday said he would like to give the gubernatorial post “a shot”.

Hizon filed his Certificate of Candidacy (CoC) before the Commission on Elections (Comelec) provincial office here. He is set to run against Vice Governor Dennis “Delta” Pineda for the post.

Hizon said he decided to push through with his candidacy to give Kapampangans a wider choice for the province’s leadership.

He also denied talking with 4th District Rep. Juan Pablo Bondoc for a possible team-up in the 2019 polls.

Hizon said he would lean on the support of Kapampangans, instead of politikos who were also running in the mid-term elections.

“I don’t have a well-oiled machinery but I would rather give myself a shot,” he said, adding that he is not afraid of threats thrown against him. (PNA)

Politiko would love to hear your views on this...
Spread the love
Tags: Certificate of Candidacy, Commission on Elections, Frederico Hizon Sr, Mayor Jose Maria “Jomar” Hizon
Disclaimer:
The comments posted on this site do not necessarily represent or reflect the views of management and owner of POLITICS.com.ph. We reserve the right to exclude comments that we deem to be inconsistent with our editorial standards.