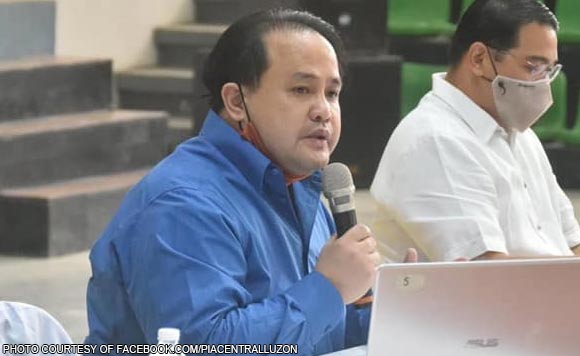 Pampanga Governor Dennis Pineda said his province had already submitted 30,000 names to be listed on the national government’s masterlist of people who would be vaccinated first.

“These include health workers coming from the public and private hospitals up to the level of the barangay health workers since they are our priority sector for this one,” he said in a Philippine Information Agency report.

“We hope that Pampanga will be included in the first wave of vaccines coming from the national government,” Pineda said.

The governor assured that even if Pampanga would not be prioritized, the 30,000 names would still be included among the beneficiaries of the 300,000 doses that the province acquired on its own initiative.

“We will also prioritize senior citizens since they are highly vulnerable and most of our mortalities come from their sector,” he said.

Politiko would love to hear your views on this...
Post Views: 10
Spread the love
Tags: barangay health workers, Governor Dennis Pineda, national government, Pampanga, Philippine Information Agency report
Disclaimer:
The comments posted on this site do not necessarily represent or reflect the views of management and owner of POLITICS.com.ph. We reserve the right to exclude comments that we deem to be inconsistent with our editorial standards.