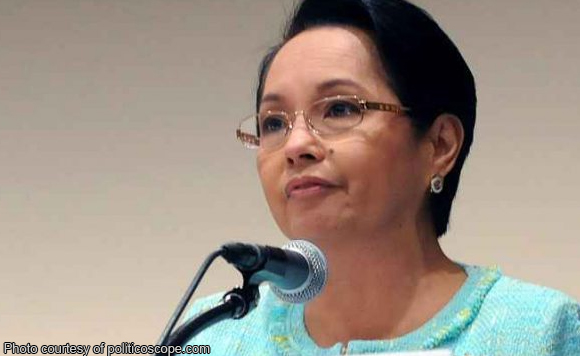 And the lady politiko is planning to do this through House Bill 0695 which also seeks to rename the BIR into the National Revenue Authority (NRA).

Creation of the NRA is a pressing concern because there is need to dramatically reduce the country’s deficit and cut on public expenditures.

“There is an urgent for Congress to create a Revenue Authority to address the growing taxpayer dissatisfaction particularly over front-line services, high level of tax evasion/avoidance, and increasing perception of systematic corruption in the Bureau,” Arroyo said.

She said past efforts to reorganize the BIR were unsuccessful because there were only made through administrative decree.

The Pampanga solon added at present the BIR is hampered by at least three fundamental institutional constraints: (a) rigid personnel management system where promotion is based merely on loyalty and seniority rather than exemplary performance (e.g. exceeding the revenue target); (b) compensation structure that restricts the hiring of first-rate professionals; and (c) strict line-item budgeting that limits the flexibility in the allocation of funds.

With the NRA, Arroyo said tax collection can start on a clean slate since the same will be free from political interference in terms of decisions pertaining to revenue rulings, audit and assessment personnel management, and budgeting.

Under her bill, the lady politiko said the NRA will be governed by a Revenue Board composed of four representatives from the government and three from the private sector.

The government representatives shall include the heads of the Department of Finance (as Chairperson), the Department of Budget and Management, the National Economic Development Authority and the Securities and Exchange Commission.

Private sector representatives shall be nominated by peak professional organizations, and appointed by the President of the Philippines.

She added that the private sector representatives must be recognized experts in the fields of economics, accounting, law, business management and other allied professions and will serve for a fixed tenure of office with different periods of expiry to avoid disruption of services, to prevent abandonment of approved plans/programs and to limit reversal of revenue rulings and regulations.

Arroyo further stated that the NRA will be headed by a Chief Executive Officer (CEO) responsible for the administrative matters like work program, organizational structure, annual budget, compensation package, and appointment of rank and file employees, among many others.

The CEO shall be appointed by the Revenue Board for a period of three years with possible reappointment under a performance-based contract.

To fully professionalize the NRA, selection of personnel for the new Revenue Authority will be strictly based on merit and fitness.

Arroyo said for those who will be offered but would opt not to join the NRA, an attractive separation/retirement package shall be offered.

Those who will be separated from service as a result of the change in organization, Arroyo said they will be allowed to retire or separate from service in accordance with law but their separation pay will not be less than P100,000.

The NRA will receive an annual service fee of not less than one percent but not more than two percent of total collection of the immediate preceding year, net of local government shares.

If it exceeds the annual collection target, the NRA will be likewise be entitled to five percent of annual collection in excess of its target. However, no portion of the performance bonus shall accrue to members of the Revenue Board.

“The NRA will establish a performance-based management system which shall govern the selection, hiring, appointment, transfer, promotion or dismissal of all personnel. Such system shall aim to attract and retain professionally competent, well-trained, honest, courteous and efficient personnel and to establish professionalism and excellence at all levels of the (NRA),” Arroyo said.

Politiko would love to hear your views on this...
Post Views: 0
Spread the love
Tags: Bureau of Internal Revenue (BIR), Congress, Department of Budget and Management, Department of Finance, Gloria Macapagal-Arroyo, National Economic Development Authority, National Revenue Authority (NRA), Pampanga, Securities and Exchange Commission, tax collection rate
Disclaimer:
The comments posted on this site do not necessarily represent or reflect the views of management and owner of POLITICS.com.ph. We reserve the right to exclude comments that we deem to be inconsistent with our editorial standards.