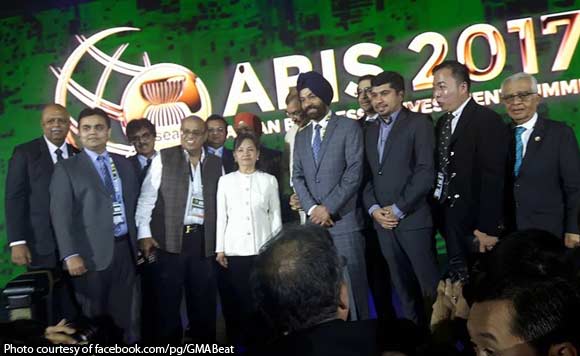 Former President and now Pampanga Representative Gloria Macapagal Arroyo on Tuesday spoke of the difficulty of predicting the future of the Association of Southeast Asian Nations (Asean).

Arroyo warned leaders during the Asean Business and Investment Summit (ABIS) that the next five decades will be an “uphill battle” unless the Asean meets its goals by 2025.

“I have no crystal ball and neither has everyone,” she said as she spoke about the bloc’s future and its record of being “unpredictable” in the past.

But Arroyo remained optimistic that meeting Asea’s goals would give it a “great chance” in becoming a stronger economy in the future.

“If we achieve our vision in 8 years, we have a great chance of being a global force in 50 years,” she said.

Arroyo served as chairperson of the Asean in 2007.

Politiko would love to hear your views on this...
Post Views: 0
Spread the love
Tags: Asean Business and Investment Summit, Association of Southeast Asian Nations, Gloria Macapagal-Arroyo
Disclaimer:
The comments posted on this site do not necessarily represent or reflect the views of management and owner of POLITICS.com.ph. We reserve the right to exclude comments that we deem to be inconsistent with our editorial standards.