Pampanga provincial health officer dies ‘because of Covid-19,’ according to daughter 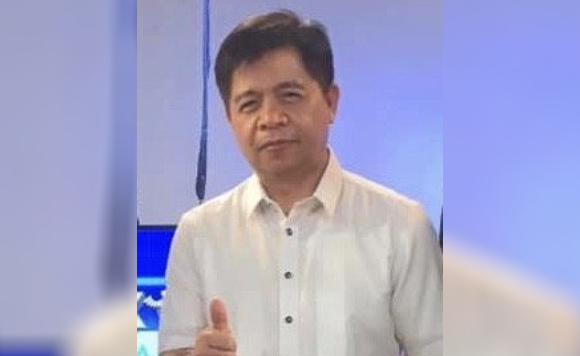 Pampanga Provincial Health Officer Mar Jaochico has died after showing symptoms of the coronavirus disease or Covid-19, his daughter confirmed in a public post on her Facebook account.

The health official died “because of Covid-19,” according to Cielo Jaochico, but it wasn’t immediately clear if he had already tested positive for the disease or was still waiting for the results.

In her emotional message, Cielo asked the public to remember Jaochico’s life as a public servant.

“When you speak of him, please speak only of good words. Please do not remember him as someone who just died because of Covid-19,” she said.

According to a March 23 report in Punto newspaper, Jaochico was considered a PUI or patient under investigation for Covid-19 and was confined in an unnamed hospital.

In a March 20 post, Cielo talked at length about her father and the symptoms he suffered from.

“He is a Provincial Health Officer in Pampanga and is specialized in public health. Thus, he is also a front-liner. I am sharing this because I want this pandemic to be taken seriously. I do not want to spread fear; rather, enlightenment that this too might happen to you, but it can still be prevented!” she said.

“It all started with a fever way back March 11, 2020 (Wednesday). During the subsequent days, he experienced loss of appetite, fatigue, diarrhea and shortness of breath,” she said.

“From there, na-admit na siya sa isang private hospital dahil pabalik-balik yung lagnat niya. He also had to start oxygen therapy via nasal cannula due to his difficulty of breathing,” she said.

On March 16, she said her father had his chest x-rayed with normal results.

“March 18 (Wednesday) went, at na-transfer na siya sa ICU isolation for closer monitoring. It was in a government hospital nga lang because apparently, there were no more vacant isolated ICU rooms in private hospitals in Pampanga from what we were told,” she said.

“March 19 (Thursday) passed, at nagkaroon na siya ng pleural effusion o tubig sa baga. Imagine reading something from the textbooks and witnessing it happen to your parent. It is a nightmare,” she said.

“He also had to be intubated na, and he signed the consent form independently. To do that, he must be having extremely difficult and painful breathing, at knowledgeable siya na hindi dapat mapagod ang puso niya dahil sa lack of oxygen,” Cielo said.

She said her father’s body will be cremated “dahil toxic ang katawan niya.”

Politiko would love to hear your views on this...
Tags: Cielo Jaochico, coronavirus disease, Covid-19, Facebook, Pampanga Provincial Health Officer Mar Jaochico, Punto newspaper
Disclaimer:
The comments posted on this site do not necessarily represent or reflect the views of management and owner of POLITICS.com.ph. We reserve the right to exclude comments that we deem to be inconsistent with our editorial standards.