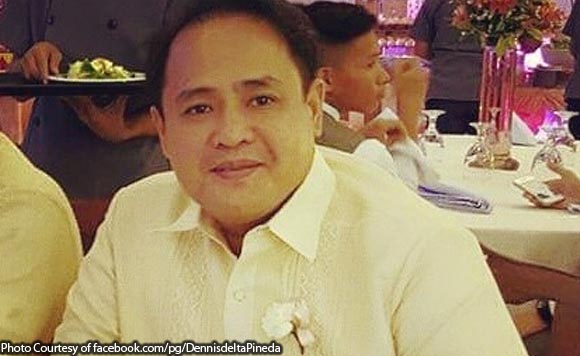 The politiko was assisted by Provincial Department of Labor and Employment chief Arlene Tolentino and Provincial Employment and Services Office officer Luningning Vergara.

The distribution was held at the Bren Z. Guiao Convention Center in San Fernando City.

Vergara said that 60 percent of the cash incentive came from the provincial government while the remaining 40 percent counterpart is from Department of Labor and Employment.

SPES is a joint-employment program of the provincial government and DOLE in helping the disadvantaged but deserving students in completing their education through employment during semestral break or summer vacation.

During the event, Pineda also disclosed the estimated budget amounting to PHP82 million fund intended for SPES next year.

The SPES program of the provincial government has been helping the disadvantaged youth from the different districts of the province to earn income while studying.

Politiko would love to hear your views on this...
Spread the love
Tags: Bren Z. Guiao Convention Center, chief Arlene Tolentino, P7.69 million, Pampanga provincial government, Provincial Department of Labor and Employment, San Fernando City, Special Program for Employment of Students (SPES), Vice Governor Dennis Pineda
Disclaimer:
The comments posted on this site do not necessarily represent or reflect the views of management and owner of POLITICS.com.ph. We reserve the right to exclude comments that we deem to be inconsistent with our editorial standards.