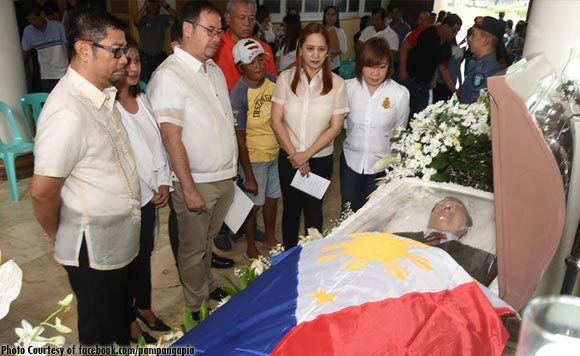 He will be missed.

Members of the Pampanga Provincial Board offered a necrological service to honor former Vice Governor Cicero Punsalan, who had died last Sunday, October 1.

Punsalan was a lawyer before being elected into office as Provincial Board member, vice governor, and later, acting governor from 1970 to 1986.

During the necrological service, a Mass was held followed by the eulogies of Punsalan’s closest allies and friends.

Our condolences to the Punsalan family.

Politiko would love to hear your views on this...
Post Views: 0
Spread the love
Tags: Members of the Pampanga Provincial Board, Pampanga, Pampanga Provincial Board, Punsalan family, Vice Governor Cicero Punsalan
Disclaimer:
The comments posted on this site do not necessarily represent or reflect the views of management and owner of POLITICS.com.ph. We reserve the right to exclude comments that we deem to be inconsistent with our editorial standards.