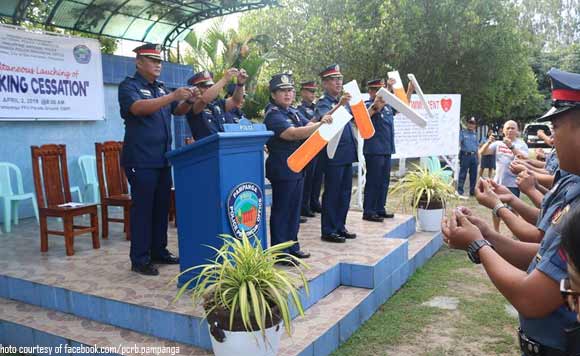 “The launching of the Smoking Cessation was in response to the increasing number of Filipinos who died or become afflicted with tobacco-related diseases,” he said.

He urged all the members of the Philippine National Police to quit smoking.

Politiko would love to hear your views on this...
Post Views: 0
Spread the love
Tags: "Smoking Cessation", Chief Inspector Leny Pangilinan, chief of Pampanga PPO, Filipinos, Pampanga PPO chief, Pampanga Provincial Police Office (PPO), Parade Ground Pampanga PPO, San Fernando City, Senior Supt. Joel Rentoy Consulta
Disclaimer:
The comments posted on this site do not necessarily represent or reflect the views of management and owner of POLITICS.com.ph. We reserve the right to exclude comments that we deem to be inconsistent with our editorial standards.