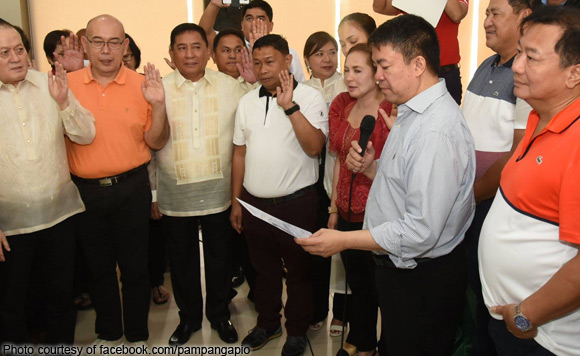 They were among the politikos who joined presidents of the League of Municipalities of the Philippines in jumping ship.

Politiko would love to hear your views on this...
Post Views: 0
Spread the love
Tags: Aquilino Pimentel III, Francis Tolentino, Gloria Macapagal-Arroyo, Lilia Pineda, Mayor Mylyn Pineda-Cayabyab, Pampanga, Pantaleon Alvarez, Partido Demokratiko Pilipino-Lakas ng Bayan (PDP-Laban), Rodrigo Duterte
Disclaimer:
The comments posted on this site do not necessarily represent or reflect the views of management and owner of POLITICS.com.ph. We reserve the right to exclude comments that we deem to be inconsistent with our editorial standards.