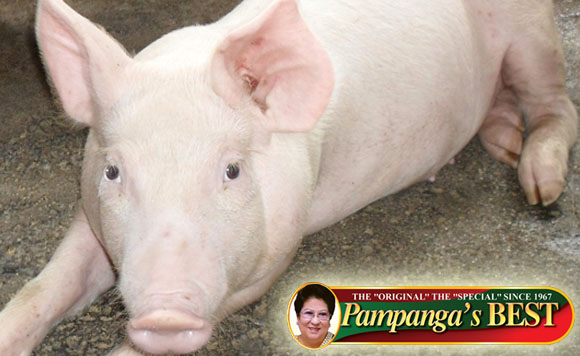 The two Pampanga mayors, earlier charged criminally and administratively for selling 4,038 hogs being used as a cover for shabu laboratory in Magalang, claimed they did not commit any irregularities.

In a Philippine Star report January 20, Magalang Mayor Maria Lourdes-Lacson said the Department of the Interior and Local Government (DILG) approved the sale of the hogs to Bacolor Mayor Jose Mari Hizon, son of the owner of Pampanga’s Best.

“After consultation with concerned department heads, a veterinarian and the DILG and with authorization from the municipal board of Magalang, the livestock composed mostly of piglets were auctioned and sold for P7 million to a reputable company,” the lady politiko said in statement.

She said it was in the best interest of the health of her constituents to sell the hogs as most of he pigs also started to get sick and died due to neglect.‎

“The effects of all these on human health cannot be taken lightly. If not acted upon immediately it would result to a magnitude of potential problems,” Lacson said.

Meanwhile, Hizon said he participated and won in the bidding as a private individual and not in his capacity as Bacolor mayor.

“The issuance of the check to the local government of Magalang and withdrawal of hogs from the farm followed the process. I came there in good faith to exercise my right as a businessman and the buyer of the pigs. Being the sole bidder is not my concern as I just placed my bid in the amount I think is right, which the local government accepted,” he said.

In a 10-page complaint filed with the Office of the Ombudsman on January 17, the Philippine Drug Enforcement Agency (PDEA) said Lacson and Hizon violated Republic Act 3019 or the Anti-Graft and Corrupt Practices Act.

PDEA-National Capital Region director Wilkins Villanueva said the PDEA and the court were not informed of the sale of the hogs.

Politiko would love to hear your views on this...
Post Views: 1
Spread the love
Tags: Bacolor Mayor Jose Mari Hizon, Department of the Interior and Local Government, Magalang Mayor Maria Lourdes-Lacson, Pampanga mayors, Pampanga’s Best, pigs used as cover for shabu lab, shabu laboratory in Magalang
Disclaimer:
The comments posted on this site do not necessarily represent or reflect the views of management and owner of POLITICS.com.ph. We reserve the right to exclude comments that we deem to be inconsistent with our editorial standards.