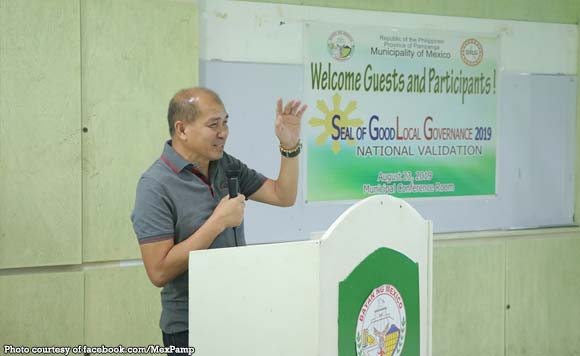 Mexico Mayor Teddy Tumang faces possible charges with the Office of the Ombudsman, after the Commission on Audit Commission Proper (COA-CP) nixed his appeal for lack of merit in relation to his notices of disallowance totaling P39.21 million.

Tumang was held liable by the three-man panel for the irregularities surrounding the municipality’s purchase of construction materials from 2007 to 2011.

“Mayor Tumang’s participation…clearly pointed to his direct involvement in the procurement process, not merely as approving officer but by performing the tasks ordinarily done by his subordinates,” COA-CP stated in its decision.

The notices of disallowance were issued in the wake of a COA special audit which revealed that the municipal government of Mexico transacted with private company Buyu Trading and Construction despite its “questionable capacity.”

In addition, the split contracts were allegedly done through shopping, disregarding the need for public bidding as mandated by procurement law. Upon further examination, several requirements appeared to be fabricated including a Bids and Awards Committee resolution and price quotations.

In his appeal, Tumang argued that there is “no iota of evidence” that would establish a conspiracy between Buyu Trading and municipality official, and that he has duly complied with the obligations of his office.

However, COA-CP ruled that the mayor’s actions which included the signing of canvass, awarding of contract and payment to the construction firm without the benefit of public bidding shows otherwise.

“Thus, he cannot feign ignorance of the violations in the transaction which provide sufficient basis to hold him personally liable,” COA-CP said.

The decision was written by Chairperson Michael Aguinaldo and Commissioners Jose Fabia and Roland Pondoc. #