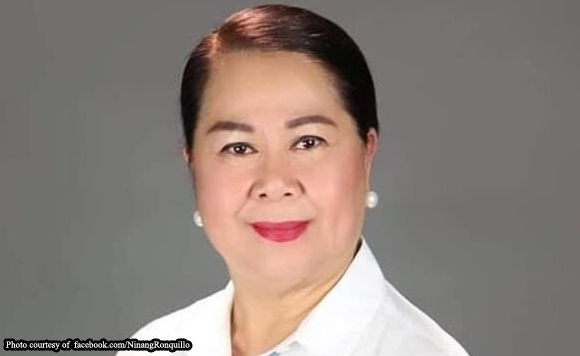 The cars, including Lamborghinis and BMWs, were seized by the NBI agents on Thursday following a raid of warehouses reportedly owned by the mayor’s son. NBI agents discovered 50 luxury vehicles locked up in R33’s showroom on Xavierville Avenue in Quezon City while over 100 were impounded in the Pampanga warehouse.

NBI Special Action Unit head Jerome Bomedeiano said the vehicles in the warehouses are believed to have been smuggled, undervalued or misdeclared.

“The cars here are worth more than hundreds of millions of pesos. One Lamborghini sedan alone costs P30 million,” Bomedeiano said.

The NBI conducted separate raids in Quezon City and Pampanga in partnership with the Bureau of Customs based on information that luxury cars were seen going in and out of the warehouses.

Ronquillo has 15 days to present all tax receipts and documents on the sale and importation of luxury cars. But the R33 warehouses will be closed in the meantime.

Meanwhile, Mayor Ronquillo is now being investigated by the Sangguniang Panlalawigan of Pampanga after finding probable cause on the administrative complaint filed by Sto. Tomas Vice Mayor Matias C. Pineda, in connection with the alleged purchase of overpriced motor vehicles in the amount of P12,485,000.

Apart from administrative cases with the provincial government, Mayor Ronquillo is facing investigation for graft over the alleged anomalous purchase of motor vehicles.

In separate criminal and administrative complaints filed before the Office of the Ombudsman, the Sangguniang Panlalawigan and the Department of Interior and Local Government, complainant accused Mayor Ronquillo of involvement in the irregular purchase last month of three motor vehicles.

Pineda said the respondents should be held criminally and administratively liable for violating Republic Act 3019, or the Anti-Graft and Corrupt Practices Act, and for violating the rules under Republic Act 9184, otherwise known as “Government Procurement Reform Act”, and for overpricing in conspiracy with the supplier of three motor vehicles where the mayor has allegedly a patent conflict of interest because “it is an open secret” that the mayor “is very close to the owners” of the supplier JAC Automobile International Philippines Inc.

The complainant claimed the mayor along with the others conspired with the JAC Automobile International Phils. Inc. for the purchase of three motor vehicles.

The complainant stressed that the contracts were undertaken without any resolution from the Sanggunian Bayan and without compliance with the procurement rules.

“After hearing on the merits, it is respectfully prayed that the respondents Mayor Gloria P. Ronquillo (et all) . . . be charged before the . . . Sandiganbayan with violation of Section 3 (e), (h), and (i) of RA 3019 otherwise known as the Anti-Graft and Corrupt Practices Act,” the complainant pleaded the anti-graft body.

The complainant also sought the preventive suspension of the Sto. Tomas officials led by Mayor Ronquillo for six months while the case is pending investigation by the Ombudsman.

“Due to the clear and patent seriousness of the criminal acts perpetrated by the respondents who acted in conspiracy with each other, there is a possibility that the documents relative to these criminal acts perpetrated by the respondents will be fixed, manufactured, destroyed, or tampered that may compromise and frustrate the administration of justice . . . (t)hus it is imperative that the respondents . . . be put under preventive suspension for a period of at least six (6) months in order that the administration of justice will not be compromised,” the complaint stated.

Politiko would love to hear your views on this...
Spread the love
Tags: Mayor Gloria Ronquillo, Pampanga, Sto. Tomas
Disclaimer:
The comments posted on this site do not necessarily represent or reflect the views of management and owner of POLITICS.com.ph. We reserve the right to exclude comments that we deem to be inconsistent with our editorial standards.