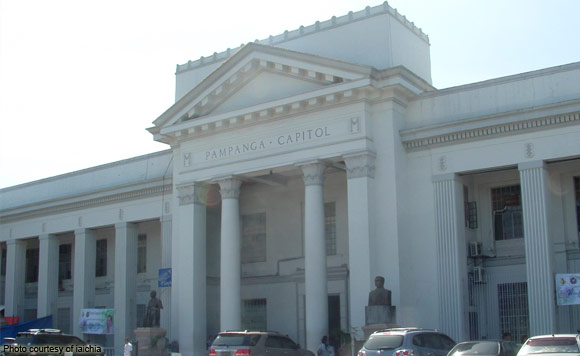 The Environmental Management Bureau (EMB) of the Department of Environment and Natural Resources (DENR) has conferred to the Municipality of Lubao two citations for its efficient implementation of the Ecological Solid Waste Management Act or Republic Act 9003.

It was also cited for sustainable practices in RA 9003 in the roster that included Guiguinto (Bulacan), City of San Jose Del Monte (Bulacan), and Barangay Pagas, Cabanatuan City.

Lubao was a recipient of numerous environmental awards in the past due to its sound ecological practices, particularly its garbage collection and disposal system.

The local government unit of Lubao has devised a collection system that encourages proper waste segregation at source and is managing a well-maintained materials recovery facility that significantly minimizes the need to dump garbage to government-sanctioned sanitary landfills.

Its bamboo propagation program has also become a benchmark for other local government units in the country.

The town holds an annual tree-planting activity in time for Arbor Day.

This year, the event will be held on July 7 at the Lubao Bamboo Hub and Eco-Park in Barangay Sta. Catalina here.

Engineer Danilo Aquino, municipal planning and development officer, said the various programs being implemented in Lubao are part of Mayor Mylyn Pineda-Cayabyab’s commitment to help save the environment.

For her part, Mayor Cayabyab thanked her constituents for their cooperation in garbage segregation and congratulated barangay officials who are also doing their share in achieving the objectives of RA 9003. (Marna Dagumboy-Del Rosario/PNA)

Politiko would love to hear your views on this...
Spread the love
Tags: Aurora, Bulacan, Cabanatuan City, Department of Environment and Natural Resources, Environmental Management Bureau, Mayor Mylyn Pineda-Cayabyab, Municipality of Lubao, Nueva Ecija, rangay Pagas, San Jose Del Monte, Tarlac, Zambales
Disclaimer:
The comments posted on this site do not necessarily represent or reflect the views of management and owner of POLITICS.com.ph. We reserve the right to exclude comments that we deem to be inconsistent with our editorial standards.