Pampanga gov’t doles out food, cash to some 800 scavengers 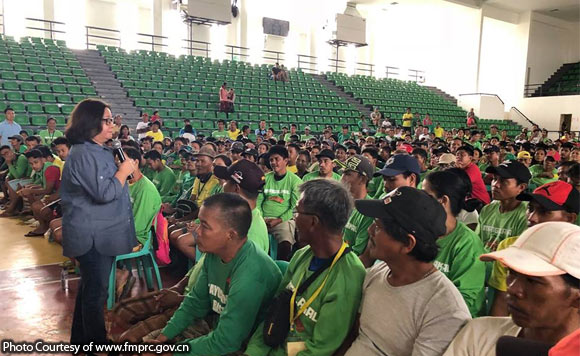 The provincial government of Pampanga handed out earlier this week some assistance package, including food and cash, to around 800 scavengers, a government statement said.

The distribution of 25 kilos of rice and some canned goods, plus P1,000 cash, to each recipient was held at Bren Z. Guiao Convention Center in San Fernando City, led by Governor Lilia Pineda and Vice Governor Dennis Pineda.

According to the statement, the two officials advised the less fortunate Kabalens “not to loose hope and continue to struggle for their good future.”

One of the beneficiaries, identified as Imelda Estrada, from Barangay Maimpis, San Fernando City, expressed her gratitude as she shares that she has been raising her seven children by herself, and that one of them actually had just died.

The statement said other provincial officials, including some board members, and those from the disaster management council, the environmental office, treasurer’s office and public employment service, graced the occasion as well.

Politiko would love to hear your views on this...
Post Views: 1
Spread the love
Tags: 800 scavengers, assistance package, Bren Z. Guiao Convention Center, Governor Lilia Pineda, Pampanga, provincial government, Vice Governor Dennis Pineda
Disclaimer:
The comments posted on this site do not necessarily represent or reflect the views of management and owner of POLITICS.com.ph. We reserve the right to exclude comments that we deem to be inconsistent with our editorial standards.