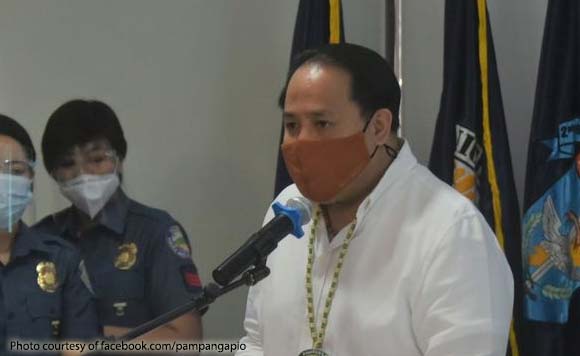 Pampanga Governor Dennis Delta Pineda will always have the back of former President Gloria Macapagal Arroyo.

He shared a video on Facebook of the former president speaking to her fellow Kabalens on the day she filed a certificate of candidacy for congresswoman. It was taken last December 2, 2009.

The eight-minute video covered the whole speech of the former President who won the hearts of her kababayans. Watch it here:

Politiko would love to hear your views on this...
Post Views: 16
Spread the love
Tags: Former President Gloria Arroyo, Governor Dennis Pineda, Kabalens, Pampanga
Disclaimer:
The comments posted on this site do not necessarily represent or reflect the views of management and owner of POLITICS.com.ph. We reserve the right to exclude comments that we deem to be inconsistent with our editorial standards.