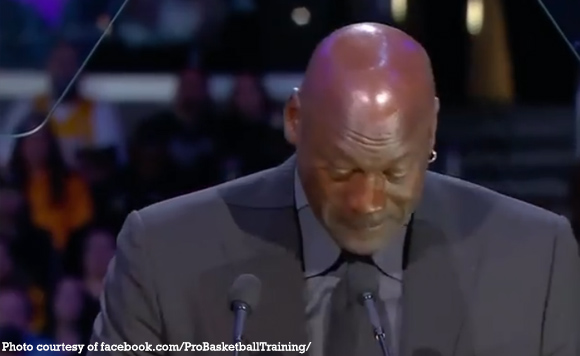 As a big basketball fan, Pampanga Governor Dennis Delta Pineda was tuned in to the special memorial for Kobe and Gianna Bryant held at the Staples Center in Los Angeles.

A video shared by many fans around the world is Michael Jordan’s heartfelt eulogy for his friend, the late Kobe Bryant. They may be adversaries in court but the two basketball legends have become friends outside of it. A teary Jordan recalled his best moments with Kobe who he said had something special that gets to anyone he interacts with. “…he knows how to get to you in a way that affects you personally even though if he’s being a pain in the ass. But you would have a sense of love for him in a way that he can bring out the best in you. And he did that for me.” They talked about basketball—a lot—but also many other things about life. Kobe was his friend and a part of him died inside when Kobe died.

Politiko would love to hear your views on this...
Post Views: 0
Spread the love
Tags: big basketball fan, Gianna Bryant, Governor Dennis "Delta" Pineda, Kobe Bryant, Los Angeles, Michael Jordan, Pampanga, Staples Center
Disclaimer:
The comments posted on this site do not necessarily represent or reflect the views of management and owner of POLITICS.com.ph. We reserve the right to exclude comments that we deem to be inconsistent with our editorial standards.