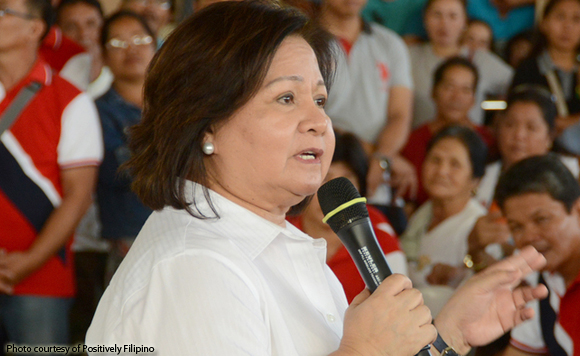 For helping the government in its campaign against illegal drugs and maintaining the peace, Pampanga Governor Lilia Pineda has expressed her warmest appreciation and thanks to the province’s 10,736 “Bantay Bayan” members Thursday, December 15.

These individuals are currently deployed at Pampanga’s 505 barangays, the lady politiko said.

Pineda said the “Bantay Bayan” served as force multipliers of the local government unit, the Armed Forces of the Philippines and the Philippine National Police in curbing all forms of criminality.

In particular, the Pampanga governor emphasized the involvement of “Bantay Bayan” members in the all-out war against illegal drugs through monitoring and reporting suspected drug peddlers and users.

“We only have 2,000 police officers but I am confident because I have more than 10,000 ‘Bantay Bayan’ (members) that will help me fight against (illegal) drugs,” Pineda said.

She also reiterated the benefits of the families of “Bantay Bayan” which they can avail under PhilHealth membership program provided by the provincial government.

Pineda also disclosed the possible tie-up of the provincial government to Jose B. Lingad Memorial Regional Hospital through the allotment of two-story building and the possible construction of an annex building in Mexico Community Hospital worth P10 million.

Politiko would love to hear your views on this...
Post Views: 0
Spread the love
Tags: "Bantay Bayan", Armed Forces of the Philippines, Pampanga Governor Lilia Pineda, PhilHealth membership program, Philippine National Police
Disclaimer:
The comments posted on this site do not necessarily represent or reflect the views of management and owner of POLITICS.com.ph. We reserve the right to exclude comments that we deem to be inconsistent with our editorial standards.